ANAS AREMEYAW ANAS: THE MAKING OF AN INVESTIGATIVE JOURNALIST

He puts his life at risk to uncover corruption, sex trafficking, and crime. He has collected hard evidence against officials and thugs who were supposedly untouchable. Despite threats against his life, and the kidnapping of his staff, Anas Aremeyaw Anas lives by his mantra: name, shame, and jail. Recently, he implicated 34 judges in a corruption scandal that has swept Ghana by storm.

Background: A Man of Many Masks

Several years ago, Anas Aremeyaw Anas walked out onto the stage at TED 2013. He wore a blue checkered shirt with grey sleeves, but the most striking part of his wardrobe was resting on his head: a front-brimmed hat, complete with a set of red and white beaded strings that functionally kept his face entirely covered. Anas is a man of many masks. The beads are a mask he wears in public, but in private he has donned a variety of disguises. Like the fictional character of Sherlock Holmes, he has an uncanny ability to cover his real identity and present a fake persona. Once, he even dressed up as a rock in order to film smugglers without being seen.

Anas graduated from college as the millennium began, and he became a journalist. He began working at an independent newspaper in Accra called The Crusading Guide. Something caught his eye, and his first case was born. He came to journalism with a highly developed sense of justice. He began to realize that the street hawkers would offer bribes to the police to let them sell their wares – an illegal practice. He wanted to expose this practice, but he needed real evidence. Disguising himself as a street hawker, he obtained footage and audio that he then released through the media. Around the same time, he revealed evidence that a flour factory was ignoring cleanliness standards in violation of the law.

Anas became a TIP Report Hero in 2008 due to two incredible deep cover investigations. For eight months, he pursued evidence while undercover. Specifically, he looked for officials that were taking bribes to produce fake passports or visas. This scheme allowed traffickers to bring women in and out of Ghana without having to go through legitimate visa processes and reduced the risk that they might be caught. Anas found what he was looking for. The headline ran: “INSIDE THE CHINESE SEX MAFIA…How Trafficked Chinese Girls Are Sexually Exploited And Beaten In Ghana, Nigeria, And Togo. They Are Sold for 6,000 dollars Each.” Seventeen trafficking victims were rescued as a result of his efforts. The second investigation involved Anas posing as a janitor in a brothel and gathering intelligence on the sexual commercial exploitation of children. Anas went undercover again several years later and helped uncover evidence about a group of Vietnamese women trafficked into Ghana. Cooperating with international authorities and Patience Quaye, police superintendent and fellow TIP Report Hero, officials arrested the people responsible.

With his anonymity has come great power; Anas is known around the world and was referred to by the United States President as a “courageous journalist.” He once committed himself to a psychiatric institution for investigations, and just prior to the TED talk he spent some time in jail researching prison conditions. But his name has most recently sprung into the limelight for a different investigation altogether. He recently released videos showing incontrovertibly that 34 judges, 12 of which served on Ghana’s higher courts, took bribes when they were offered. The first public viewing of the video, titled “Ghana in the Eyes of God: Epic of Injustice,” was on September 23. Since then, Ghana has suspended all 22 lower court judges and seven of the High Court judges. Many have criticized Anas’ methods, but most appear to have vested interests in the judiciary. Anas and his team sat in court for six hours as they were cross-examined before the disciplinary panel that is considering the cases of 14 of the lower court judges. One member of his team was even kidnapped by assailants thought to have been hired by one of the judges.

Corruption in Ghana Since Independence 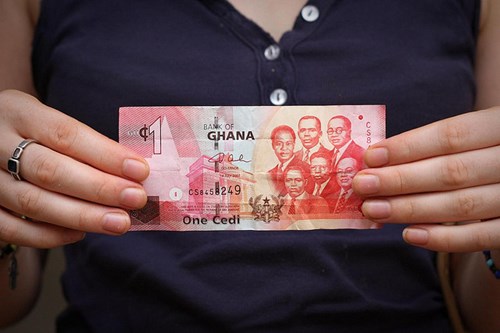 The current constitution of Ghana was created in 1992. Ghana has a population of over 27 million and is the 46th largest country in the world by population. Its human development index bracket is medium, and the country suffers from a fairly low GDP. Corruption is rampant in many parts of Africa, and Ghana is not an exception. Transparency International is a non-governmental organization (NGO) that publishes an index of corruption based on country every year, called the Corruptions Perceptions Index. Ghana ranks better than the countries surrounding it and is a member of only a handful of African countries that rank in the top 70 countries in the world. However, corruption is still rampant and considered to be on the rise.

In its 1992 constitution, the government of Ghana set up a human rights commission. Poorly funded and staffed, the commission has done little to provide support but is technically responsible for prosecuting and investigating allegations of corruption. The criminal code prohibits and criminalizes bribery and graft. Yet in February of 2015, The Institute of Economic Affairs released a report which named the worst offenders when it comes to corruption in Ghana: the police force and the Office of the President. Corruption seems to be on the rise in Ghana, despite international criticism, civil society activism, and clear indications that the level of corruption has discouraged some investors. In July of 2014, the parliament approved a National Anti-Corruption Action Plan (NACAP) which, if implemented, could result in significant steps towards reducing corruption throughout the country. Unfortunately, a year later, it doesn’t appear to have done much to improve the situation.

This environment provides the backdrop for what Anas Aremeyaw Anas has done with his newest investigation. He has targeted a practice that is condoned by many high-ranking members of society, the practice of bribing judges for favorable outcomes, and uncovered it before the world. Anas believes something incredibly important: corruption is holding Ghana back. Corruption is illegal in Ghana for a specific reason. It harms society. It harms the people. It affects the way that people perceive their institutions, representatives, and decision makers. Corruption in the judiciary is especially appalling. Judges are meant to be neutral parties who are able to provide judgement before the law. They serve an essential function in our society and are the only parties able to truly uphold and protect a society’s conception of justice as formed in their law.

Al Pacino once starred in a Hollywood movie by the title of And Justice for All. He played a defense attorney who was representing a judge accused of heinous crimes. Halfway through the movie, the judge tells Al Pacino that he committed the crime. The movie builds to an emotional climax. In his opening statement, Al Pacino explodes, uttering the famous line, “You’re out of order; this whole court is out of order!” He turns to his client, a judge, and curses at him. He tells him – as only a yelling Al Pacino can – that he is supposed to stand for something, to protect people. The judge was supposed to stand for justice, and he did more than fail: he chose instead to use his position to act with impunity.

This isn’t a Hollywood movie. But if it were, Anas would be playing the part of Mr. Pacino — showing the world how judges have used their position to distort justice. By prioritizing economic gain over the protection of the people, they destroyed the justice they were supposed to represent. Anas has done it again. He has provided yet another incredible piece of investigative journalism. Hopefully, others will follow his example. We at least know that he will continue. As he said at the end of his TED talk:

“I am going to carry on with this kind of journalism because I know that when evil men destroy, good men bust, build, and bind.”

My primary focus remains in Sub Saharan Africa. My human right investigations deals with creating a better life and providing equal opportunities for children and adults being abused to grow whilst my corruption investigations focus on Government employees and executives who instead of working for the people rather loot the national kitty and thus deprive citizens of essential amenities that would create a better standard of living for them.